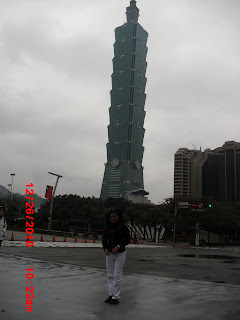 in Taipei Municipal District. at my back the Taipei 101 (dubbed as the tallest bldg in world last 2004) 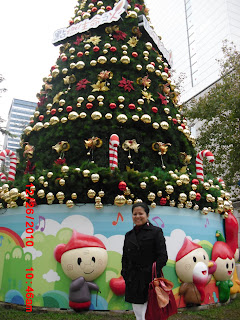 Inside the Taipei 101 Mall (the original planned was to go to the observatory deck but because of the occassion many tourists flocked, so we were not able to see the breathtaking view of Taipei) Though, i’m not giving up one of this day i will go back to experience the one in a lifetime ride. 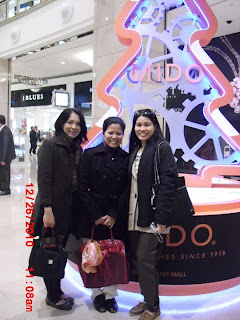 The TRIO: Vicky (my best buddy way back then) and Ate Melba, my chaperon. hahaha! The ears and eyes of my hubby. 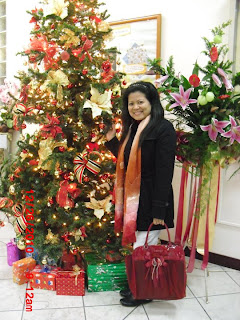 Where’s my scarf?(lol) at the Saint Christopher Church 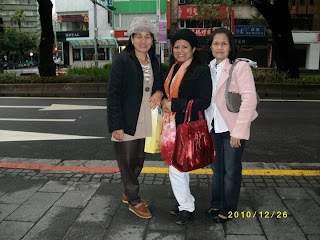 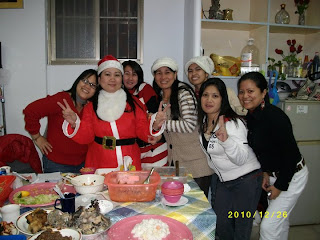 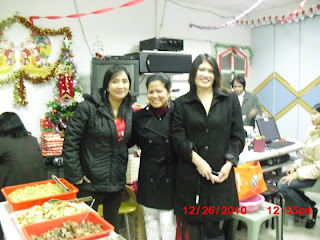 with Ate Wilma and Dianne 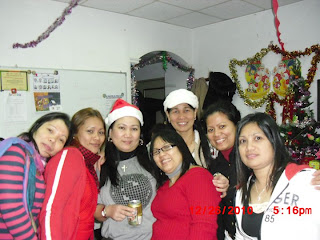 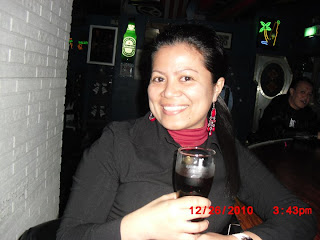 B-52 Pub House (waitress: what your order Maám? Me: Cola……. then a wacky smile of people at the bar. So what?? cola is more expensive than a wine. lol!) haha! 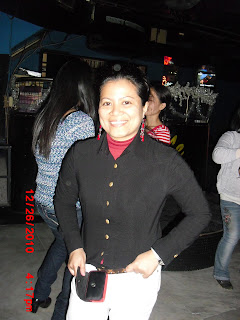 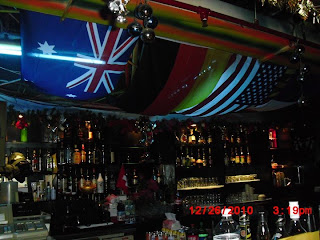 The BarOne my memorable christmas next to the moment i spent my christmas with my family. I had so much fun with a new found friends, a moments with my long long lost buddy, a sense of belongingness to the group w/c i was elected as officer year 2004. The welcoming hands of them reassured me more that i am one of the cherished member although it took years before i got the chance to celebrate/mingle with them. The Samahang Makata is inviting me to attend the New Year’s Celebration too. Christmas is a happy affair indeed. We strolled the whole Taipei. From Taipei 101 Mall, Dr. Sun Yat-Sen Park, Taipei Arena and Chungshan. We attended the DXN and Bicol Association christmas party with exchange gifts and parlor games. I was so lucky that day, i won in Simon says and Pinoy Henyo. Exchanging gifts was more colorful because Santa was very ‘kalog”. Vicky invited me to accompany her in B-52 (she met her agent). Had a very funny experienced, someone gave me a glass of wine from the other table. Vicky was kind enough to take it in behalf of me. We only stayed in the bar for half and hour then we went to the souvenir shop. This might be my last Christmas in Taiwan. If everything falls according to my plans, i don’t have to go back abroad for a while but i always welcome the unexpected turn of event. Expect the unexpected.