Last March 6, 2011 I’m privileged enough to had a chance in meeting the former President Fidel V. Ramos together with the delegation coming from the Philippines. I was invited personally by Ms. Marie Yang the former President of FilCom and currently the Secretary General. The venue was held in Ugnayan Center Cosmos Hotel. The program started at 2pm ‘till 4:30pm. All MECO officials were there too, headed by Ambassador Antonio Basilio, Atty Serg Eulogio (Assistant Director to Nationals), Atty. Carlo Aquino (Deputy Representative), Mr. Rey Confirido ( DOLE), and Mr. Jose Capa (OWWA Welfare Officer) 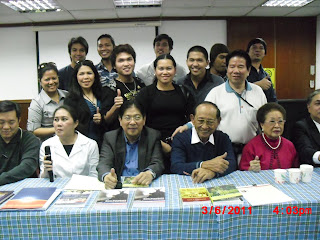 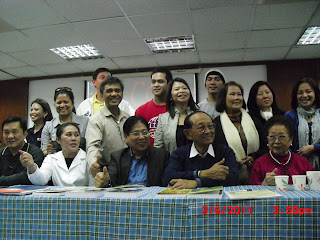 Bicol Association in Taiwan (BAIT)
The program begins with the opening prayer by priest from Holy Family Church, national anthem lead by MECO officer, opening remarks from Ambassador Antonio Basilio. Former Pres. FVR speech lasted almost an hour, great speech with a commanding voice and witty remarks in between. He tackled the friendship between Philippines and Taiwan way back then, when the Philippines still lives in prosperity. He also mentioned about his father which happens to be the first Ambassador to Taiwan. 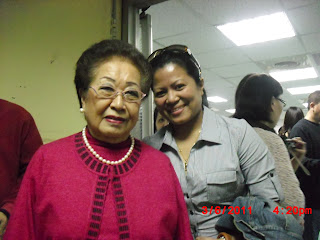 with Mrs. Ming Ramos He focused on how the OFW play a big role in the economy, his concerns on how the present government should handle the sensitive issue especially now that there is the wall between Taiwan and the Philippines. He suggested for us to maintain the decency and resilient towards the matter to avoid more harm. He also admits that the ones who suffer most are the OFW’s who just wanted to earn a living in a decent way. Because of his status as a private citizen, he can’t demand anything from both parties but he is willing to suggest a dialogue and give a report to the Malacanang. He reiterates that he came to Taiwan for a Ramos friendly golf Cup not as emissary of our government. After his series of talks to the private sector, he reassured us that 90% of companies and employers want the service of Filipino workers because of our nature of being resourceful and career oriented. 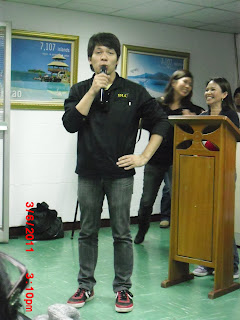 the unexpecte guest Macoy Fundales (lead vocalist of Orange and Lemon Band) What I really admired him was the reminder he said “ As OFW, all of you has a responsibilities to make your country proud. All of you serve as an ambassador of goodwill by our country” He told us to behave accordingly and do best to fellow OFW, and love our family back home even though distance separates from our love ones he mentioned the word COMMITMENT and FAITHFULNESS. He said we are here for our family not only for ourselves, we should save a penny for the future needs so that when we decided to go home we are our own boss. 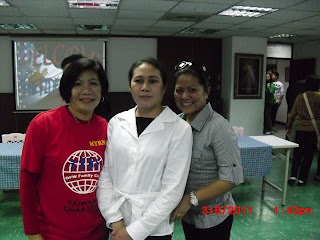 with the former Pres of FilCom in Taiwan, Marie Yang and Myrna officer of OFW Family Club 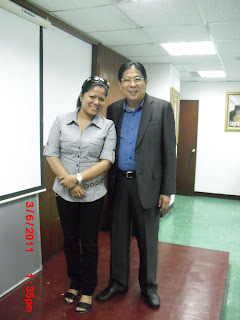 with Ambassador Antonio Basilio Macoy Fundales was the unexpected guest. He sung Pinoy Ako with the amusement of the audience. Open forum follows. Most of the questions were about the temporary freeze of OFW and the added requirements of TECO. But according to Ambassador Basilio, things will be back to normal. He said the talks are still underway. Instead of being pessimist let’s be hopeful that everything will be solve as soon as possible. The bulk of audience who attended the event were satisfied. We left the place very proud to be Filipino. Today, while I am writing this article, I read from The China Post that former Sen. Manuel Roxas will come back on March 13 to 14 to further discuss the stand of our government and we are hoping for positive development.