What: The Grand Hotel
Where: Chungshan N. Road Sec 4 Taipei District
When: March 6, 2011 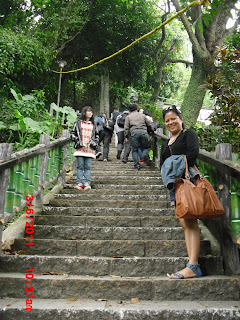 Stairs going to The Grand Hotel 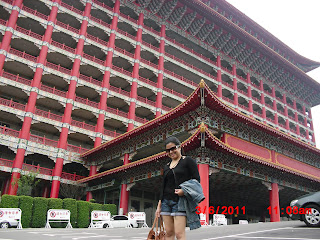 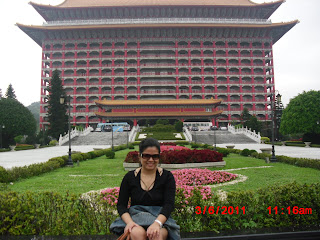 The Grand Hotel (Chinese: 圓山大飯店; literally “Yuanshan Great Hotel”), is a landmark located at “Yuan Hill” (圓山, Yuanshan) in Zhongshan District, Taipei, Republic of China (Taiwan). The hotel was established in May 1952 and the main building was completed on October 10, 1973. It is owned by the Duen-Mou Foundation of Taiwan, a non-profit organization, and has played host to many foreign dignitaries that have visited Taipei. (The left wing of the building)

After Chiang Kai-shek’s retreat to Taiwan in 1949, Chiang felt it was difficult to accommodate foreign ambassadors due to the lack of five-star hotels in Taipei. He wanted to build an extravagant hotel that would cater to foreign guests. His wife Soong May-ling suggested to build it on the old Taiwan Hotel on Yuanshan Mountain, the site of the ruins of the Taiwan Grand Shrine, a Shinto shrine during the Japanese rule. Chiang decided on a Chinese palace-style architecture to promote Chinese culture to the West through its extravagance. Taipei-based architect Yang Cho-Cheng was responsible for the design of the new hotel.

The hotel was established in May 1952, but it was expanded several times before it became the landmark it is known as today. The swimming pool, tennis court, and the membership lounge were constructed in 1953, and the Golden Dragon Pavilion and Golden Dragon Restaurant opened in 1956. The Jade Phoenix Pavilion and Chi-Lin Pavilion opened in 1958 and 1963, respectively. In 1968, the hotel was rated as one of the world’s top ten hotels by the US Fortune magazine. Finally, in the Double Tenth Day of 1973, the main Grand Hotel building was completed and became an instant Taipei icon.

In June 1995, a disastrous fire broke out on the roof of the main building during necessary reconstruction and refurbishment. As neither ladders nor high pressure pumps could reach the fire, the roof and the upper floors were destroyed. Not until 1998 did the hotel recover from the damage and became fully reopened to the public. Following the fire, the two dragon heads on the roof were rotated 180 degrees to point inwards. As dragons are traditionally a symbol of rain and water, this was intended to symbolize preparedness against a future fire 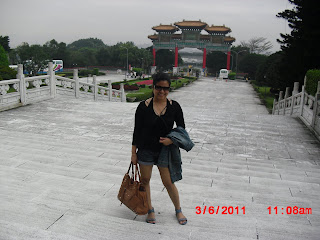 (the famous entrance wall)
from: Wikepedia 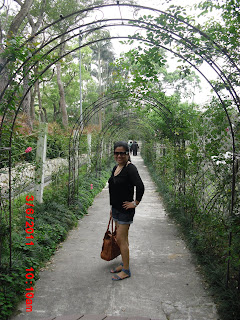 the long walk going to the garden 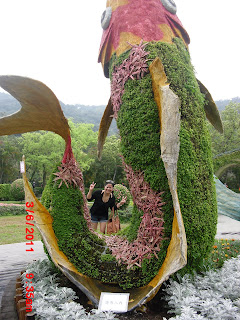 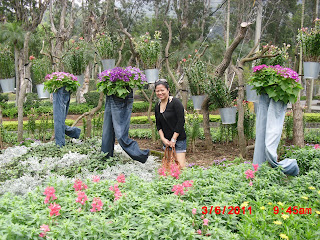 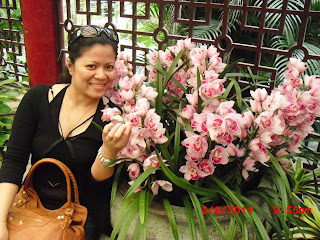 inside the Orchids Santuary 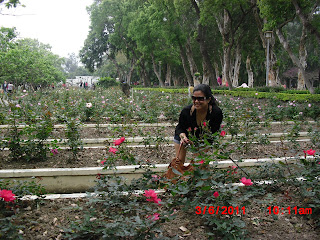 Yesterday, i had so much fun exploring the other part of Taipei City. Ate Wilma who happened to be Bicolana too was kind enough to share her time with me. I knew her during her brief stay in Tri-Service General Hospital. She invited to joined them in the Gandola Tour but because of my prior commitment i refused to go with them to my surprised she canceled her scheduled tour and insisted to accompany me. I’m thankful for sharing her time and for touring me in 2 of the tourist spots in Taipei.

The experienced was awesome, though i got tired yet it will be my cherish adventure in Taiwan. The rose garden was so undeniably beautiful. When we came on the place, a wedding photo shot was being held. I saw lots of love in the corner, lovers holding hands and whispering sweet nothings. (inatake ako ng inggit, haha! sana kasama ko rin si bf)

True to what he said, Yiyeh wants me to take my off every Sunday. Hopefully, before i leave Taiwan, i have the chance in visiting my dream tourist destination.